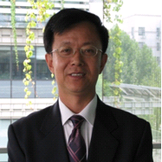 Xiliang
Zhang
China
Professor and Director, Institute of Energy, Environment, and Economy, Tsinghua University
Zhang Xiliang is Professor and Director of the Institute of Energy, Environment, and Economy, Tsinghua University. He is also Director, of the Tsinghua-MIT China Energy and Climate Project.
He served as the Co-Leader of the expert group for drafting China Renewable Energy Law during 2004 -2005, and was an Energy Expert of the expert group for drafting China Circular Economy Law in 2007. Both works were organised by Environmental Protection and Resource Conservation Committee of National People’s Congress.
Zhang is has been leading a national carbon market research project which aims at assisting National Development and Reform Commission in design China’s national Emissions Trading Scheme (ETS).
Since 2012 he has been the principle investigator for the four-year research project 'China’s mid-and long-term low carbon development strategy' which is sponsored by Ministry of Science and Technology with the support of National Development and Reform Commission. He has also been coordinating a research project titled 'China Energy System Transformation: technologies and policies', which is tasked by National Energy Administration.
He has been a lead author of the 4th and 5th Intergovernmental Panel on Climate Change (IPCC) Climate Change Assessment Report. He has also been the Secretary General of the New Energy Committee of China Energy Research Society since 2006, and Vice Chair of China Renewable Energy Industry Association since 2011.
Zhang holds a PhD in Systems Engineering from Tsinghua University. He has conducted research on sustainable energy technology innovation and diffusion, markets, policies and futures for China.
We use cookies on our website to give you the most relevant experience by remembering your preferences and repeat visits. We are only using functional and analytical cookies. By clicking “Accept”, you consent to the use of ALL the cookies.
Cookie settingsACCEPT
Manage consent