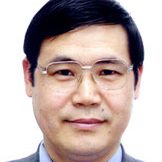 Jiahua
Pan
China
Director, Chinese Academy of Social Sciences (CASS)
Pan Jiahua is Director of the Institute for Urban and Environmental Studies at Chinese Academy of Social Sciences (CASS). He is also a Professor of Economics at CASS Graduate School.
Areas of interest include economics of sustainable development, energy and climate policy, urban transformation, world economy and environmental and natural resource economics.
Pan worked for the United Nations Development Programme (UNDP) Beijing Office as an Advisor on environment and development. He was also a lead author of the IPCC Working Group III 3rd, 4th and 5th Assessment Report on Mitigation.
He has been a Member of China National Expert Panel on Climate Change, a Member of National Foreign Policy Advisory Group and an Advisor to the Ministry of Environment Protection. He was Vice president of Chinese Association of Urban Economy, the Chinese Society of Ecological Economists, and the Chinese Energy Association.
Pan has been Editor-In-Chief of the Chinese Journal of Urban & Environmental Studies and Co-Editor of Climate Change 2001: mitigation. He has authored of over 300 papers, articles and books in both English (including Science, Nature, Oxford Review of Economic Policy) and Chinese (Including Journal of Economic Research and China Social Sciences).
He has been awarded first and Second prize of best research works, Chinese Academy of Social Sciences (2003, 2005, 2013), and was winner of Sun Yefang Economic Sciences Prize, 2011,  and China Green Person of the Year 2010/2011.
Pan received his PhD at Cambridge University in 1992.
We use cookies on our website to give you the most relevant experience by remembering your preferences and repeat visits. We are only using functional and analytical cookies. By clicking “Accept”, you consent to the use of ALL the cookies.
Cookie settingsACCEPT
Manage consent