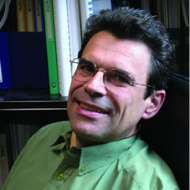 Jean-Charles
Hourcade
France
Research Director Emeritus, The National Center for Scientific Research (CNRS)
Jean-Charles Hourcade is Research Director Emeritus of the National Center for Scientific Research (CNRS) and Director of Studies Emeritus  at the School for Advanced Studies in the Social Sciences (E.H.E.S.S) in France. Prior to this, he was acting Director of the CIRED (Centre International de Recherches sur l’Environnement et le Développement) between 1985 and 2012.
Since 1990, he has played a key role in French social science research coordination for backing up the awareness and negotiating capacities of official and governmental agencies in charge the climate change. He participated in the French negotiating team between COP 1 and COP 6.
He has led several EU research projects and was expert for most international agencies about environment and energy (OECD, UNEP, World Bank, InternationaI Energy Agency, International Atomic Energy Agency, UNESCO). He also participated actively in the IPCC, as a convening lead author for the 2nd and 3rd  assessment reports and lead author for the 4th and 5th reports.
Jean-Charles has authored 157 papers in numerous peer-reviewed journals, including Climate Policy, Energy Policy and Ecological Economics. He has also been elected member of the National Committee of Research for Economic and Business Sciences (1989-1999) and for Social Sciences (2006-2010).
We use cookies on our website to give you the most relevant experience by remembering your preferences and repeat visits. We are only using functional and analytical cookies. By clicking “Accept”, you consent to the use of ALL the cookies.
Cookie settingsACCEPT
Manage consent