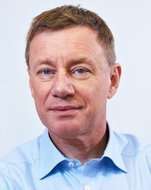 Dr Alexey Kokorin is Director of the Climate and Energy Programme at WWF Russia.

He has worked for WWF since 2000, responsible for multiple thematic areas, including the coordination of wide range of activities relevant to climate in Russia and Central Asia countries; analysis and research of national climate mitigation policies and scenarios; and relevant consultancy for stakeholders (officials, national experts and NGOs).

His work also includes in-depth participation in activities under the UN Framework Convention on Climate Change (UNFCCC); analysis of results; training sessions for NGOs, media and national experts (Central Asia); and facilitating the harmonisation of national policies with global trends, focused on mitigation, under the Paris Agreement.

Prior to this, he worked at the Institute of Global Climate and Ecology of Russian Hydrometeorology Agency and the Academy of Science as a  Lead Scientist (1997-1999), Senior Scientist (1987-1997) and Research Fellow (1984-1987). His main responsibilities included were in UNFCCC negotiations, particularly in preparation of the Kyoto Protocol as representative for Russia, which included relevant analysis of climate policies, GHG inventories and methodologies, and CO2 fluxes and global carbon balance.

Alexey was also an active participant in IPCC efforts,  as a  Lead Author and Contributor to the Special Report, Inventory Guidelines and Assessment Report (1995-2000).

He is author of more than 160 articles on climate change issues, including international and national mitigation climate policy. He has also been  a Lead Author, Project Leader and/or Contributor of 22 projects in the last 25 years, including:

Currently he is a Senior Policy Officer of the WWF project aimed at climate policy, adaptation and nature protection in the Russian Arctic (funded by German International Climate Initiative).

He holds PhD in Geophysics (Physics and Mathematical Science) from Moscow State University.