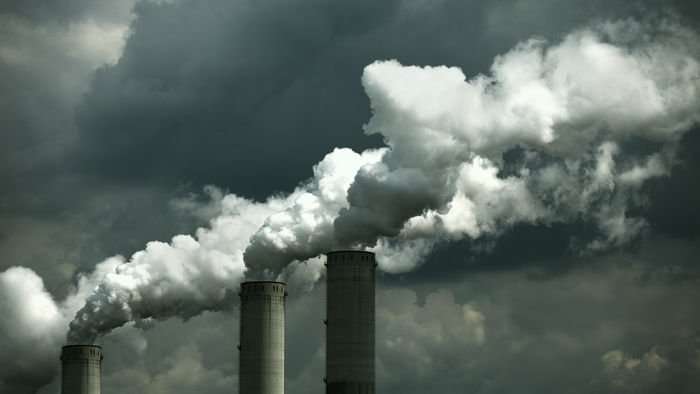 Strategies and policies for ‘just transitions’ away from fossil fuels

At the recent UN Climate Action Summit in New York, world leaders were reminded of the urgent task they face in decarbonising their economies—and the dire consequences of failing to do so.

The especially urgent task of phasing out coal was a central theme of the conference. It was highlighted by the UN Secretary General himself, who urged world leaders not to allow any new coal-fired power stations be built beyond 2020. Philanthropist Mike Bloomberg announced that he will back that ambition through a global expansion of his Beyond Coal campaign. And the Powering Past Coal Alliance (PPCA)—a group of governments and businesses committed to phasing out unabated coal-fired power generation within timelines consistent with the Paris Agreement—expanded its membership.

Crucially, the group of new PPCA members includes Germany, which has the world’s fifth largest fleet of coal-fired power generators—an amount similar to all existing members of the PPCA combined. Germany—like other members of the PPCA—had first agreed a domestic phase-out plan. It did so earlier this year via a unique national Commission, in which representatives from industry, unions, environmental NGOs, and others arrived at a consensus on the subject.

The German process has been hailed as a model of how to ensure a “just transition” away from fossil fuels. As the effects of decarbonisation on fossil fuel and other carbon-intensive industries have become increasingly salient in recent years, there has been an explosion of interest in the climate policy community about how low-carbon transitions can be implemented justly, equitably, and politically smoothly. A key part of what is needed in responding to this growing interest is a better understanding of the suite of ‘transitional assistance policies’ that can be deployed, alongside or as part of climate change mitigation policies and processes.

In our recently published Synthesis Article in Climate Policy, we answer the ‘who’, ‘what’ and ‘how’ of transitional assistance policy: who is likely to be adversely affected by the low-carbon transition, and in what ways? What substantive strategies and policy instruments are available to governments to mitigate the burdens of low-carbon transitions? And how can governments implement such strategies and policies successfully?

We develop a novel typology of transitional assistance policies, in which multiple policies are classified according to one of four coherent policy strategies, and one of five kinds of beneficiaries, as per Table 1, below. Germany’s coal exit commission is an example of a systematic process that resulted in a package of measures representative of what we call “Comprehensive Adaptive Support”, targeted at affected workers, firms and the communities in which they are based.

Some other countries, especially in Western Europe, may follow Germany’s lead in taking this systematic pathway to phasing out coal. But we should not expect that all phase-out processes will look similar. Germany has certain state capacities, institutions and traditions that make this kind of consensus-based approach to industrial restructuring more feasible. For example, its corporatist institutions of interest-group representation consolidate interest groups into peak bodies and systematically incorporate them into policymaking processes. This promotes intra-sectoral compromises among employers (via industry associations), workers (via unions) and the state.

By contrast, the political and economic institutions of “liberal market economies”—like the UK, the US and Australia—characteristically foster competitive-market modes of interaction among plural interest groups, and tend to respond to short-term incentives. In these countries, policymakers and stakeholders motivated to steer just, equitable and smooth low-carbon transitions will need to think more creatively about the transitional assistance strategies and policies that are likely to be most effective in phasing out coal and other high-carbon activities. We suggest, for example, that they may need to be more opportunistic, entrenching transition processes when policy windows open by creating new institutions and using fiscal measures to consolidate political support. Meanwhile, they may also need to work through civil society to build surprising alliances and to utilise private governance channels, such as shareholder activism.

Developing countries face additional challenges in providing for a just transition. These may include a high reliance on revenues from fossil fuel extraction and exploitation, limited fiscal capacity for transitional assistance policies, or the relatively weak bargaining power of unions and private firms. Our paper notes an under-representation of developing country case studies in the current literature on transitional assistance schemes. Scholarship aimed at identifying lessons (or cautionary tales) applicable to high-emitting industrialising countries such as China, India and Brazil is needed particularly urgently.

It is because of these kinds of differences across countries in their institutions and other capacities that we conclude our paper by resisting the temptation to specify a single, “best practice” model of transitional assistance policy. Instead, we urge the development of clusters of models appropriate to jurisdictions with similar varieties of political and economic institutions and capacities.

Decarbonisation is but one of many structural transitions occurring throughout the world simultaneously, which also demand considered policy responses in order to ensure the values of justice and fairness are upheld—and to avoid political backlash. While our paper has focused on decarbonisation, the transitional assistance strategies and policies we consider can be adapted to a wide range of structural transitions. Moreover, policy responses to the climate crisis will only be durable if they take account of the wider economic, social and environmental changes affecting the way we live and work in the turbulent 21st century.

Source: Fergus Green and Ajay Gambhir, “Transitional assistance policies for just, equitable and smooth low-carbon transitions: who, what and how?” (2019) Climate Policy.

Fergus Green recently completed a PhD at the London School of Economics & Political Science, and will take up a postdoctoral research fellowship in the Ethics Institute at Utrecht University from November 2019.

Ajay Gambhir is an Advanced Research Fellow in mitigation policy at the Grantham Institute for Climate Change and the Environment at Imperial College London.