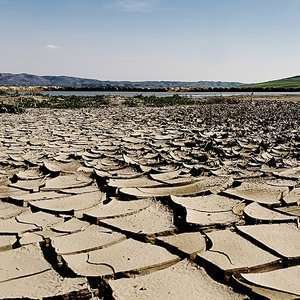 In 2015, governments agreed to 17 Global Goals to make a better world by 2030. These are also known as the Sustainable Development Goals (SDGs). The 17 SDGs are the world’s best expression of our collective hopes and aspirations for the future. They include eradicating extreme poverty, ending hunger and ensuring good health for everyone.

Climate change is already making these SDGs harder to achieve.  At today’s 1°C of global warming, we already see extreme weather events which are making life harder for millions of people. Current global commitments would likely lead to 3°C of global warming by 2100. That would have serious implications for all the SDGs. Our first priority to tackle climate change is to reduce greenhouse gas emissions.

In 2015, in Paris, the world agreed to limit global warming to well below 2°C. Most scientific scenarios which achieve that rely on Carbon Removal technologies. Around 10 billion tonnes of CO2 would have to be removed annually in the second half of the century. This is around one third of current global CO2 emissions.

This report worked with experts from over 20 countries to establish what we know, and what we don’t know, about how Carbon Removal and Solar Geoengineering technologies might affect the SDGs.

Research indicates that at least three quarters of the SDGs would likely be affected in some way if large-scale Carbon Removal or Solar Geoengineering were to be deployed. Should they prove feasible, effective and desirable, these technologies might contribute to limiting the impact of climate change on the SDGs.