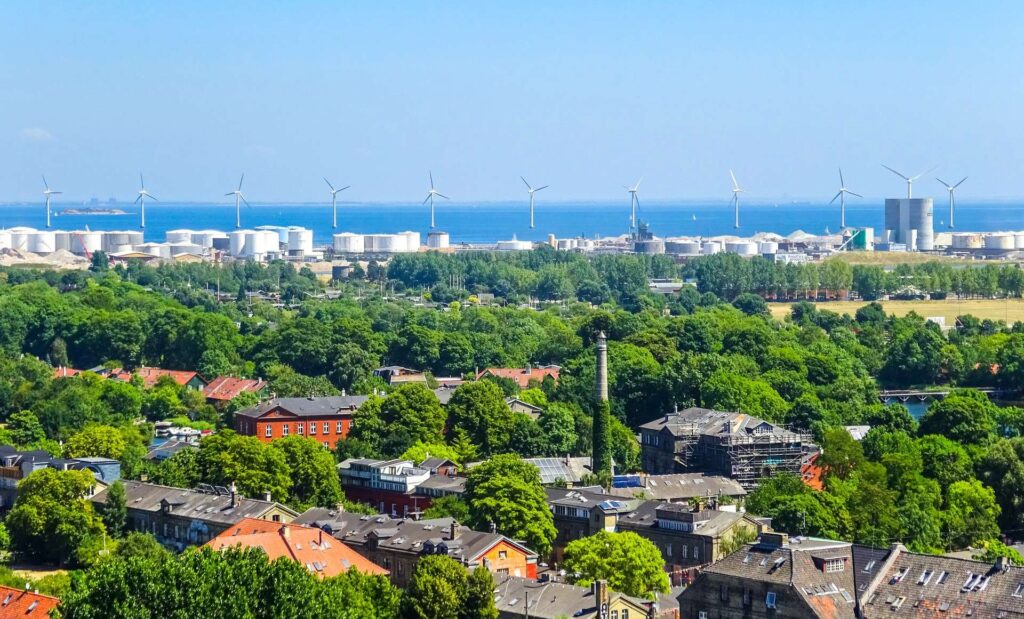 Denmark without Oil and Gas Production: Opportunities and Challenges

Denmark has gradually reconsidered its status as a major oil and gas producer and, through the 2020 North Sea Agreement, has set 2050 as the end date to produce fossil fuels. The Agreement is framed within a just transition perspective, but how just the transition will be for the oil and gas sector and beyond remains to be seen.

This report attempts to answer the following questions:

The questions are answered through a mixed approach which analyses relevant policy and legal documents, statistics, and previous research, and is supported by 9 semi-structured interviews with key Danish stakeholders.

The economic significance of the Danish oil and gas sector has been decreasing for a long time. Partly because of this, the North Sea Agreement has received widespread support at political level and from the industry. Carbon capture, utilisation, and storage (CCUS), offshore wind power, as well as power-to-X and green fuels are being explored and supported by the state and the market. New business ventures, especially related to offshore wind, are cushioning some of the negative effects on employment in the sector. Beyond that, the transition is affecting the number of jobs in two ways. On one hand, many offshore workers are close to retirement and are likely to need special attention. On the other smaller suppliers, unable to restructure, may be disproportionally impacted by the phase out.

Economic rather than moral arguments have fuelled the phase out decision, but the process has also been mediated through a close dialogue with authorities in the main oil and gas region, around Esbjerg, and the oil and gas industry, which has committed to explore cleaner business avenues. The versatility of both the workforce and businesses, and a strong renewable energy base, are expected to soften the negative impacts of the oil and gas transition.

This report focuses on the conditions of the phase out in Denmark, but to fully understand the extent to which the Danish example could be emulated by other oil-producing countries requires supplementary in-depth analysis.