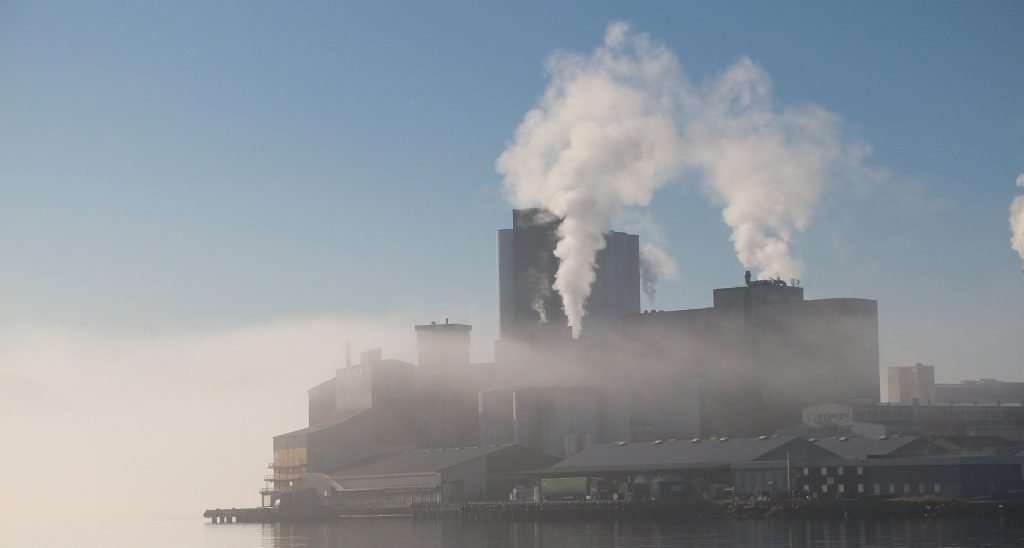 The Nordic countries have set ambitious targets to achieve net-zero and even net-negative GHG emissions in line with the 1.5-degree pathway, both individually through various national goals and legislation, and jointly through the 2019 Helsinki Declaration on Nordic Carbon Neutrality (“the Declaration”). In the context of net-zero targets, the permanent removal of CO2 from the atmosphere (Carbon Dioxide Removal, CDR) has a key role due to its ability to offset residual emissions in hard-to-abate sectors.

The potential for CDR may also enable a net-negative global CO2 balance on the long-term. In the Declaration, the Prime Ministers state that the Nordic countries want to lead by example and intensify cooperation including on removing CO2 from the atmosphere. The Declaration underlines the important role of bioenergy with carbon dioxide capture and storage (BECCS).

In the long-term, public policies should establish an increasingly universal carbon price. Unlike emission reductions generated by renewable energy, most CDR approaches do not produce goods or services with revenues. Instead, they generate mitigation as a public good. Thus, scaling up CDR requires various types of public interventions, including public support for the high up-front and infrastructure costs, as well as a carbon price to reward mitigation outcomes. Current carbon pricing focuses on putting a price on positive emissions, thus providing a monetary value for reducing emissions. However, the “negative emissions” generated by CDR are excluded from current carbon pricing policies.

The Nordic region has an extensive forestry sector with stable carbon stocks. Sweden and Finland stand out for having a large number of substantial point source emissions of biogenic CO2, in the production of pulp, heat and power, suitable for the deployment of CO2 capture. Furthermore, there are plans for geological storage under development in Norway, Denmark, and Iceland, as well as in other sites in Northern Europe. In addition, several initiatives are exploring CO2 transportation infrastructure. The region, therefore, has unusually favourable conditions for urgently needed testing and proving of the feasibility of BECCS.

However, BECCS requires large capital investment and leads to additional operational costs. The major barrier to BECCS deployment today is the absence of a monetary value attached to its mitigation outcomes. But this is about to change. Building on several years of analysis and planning, the Swedish government is preparing the introduction of a guaranteed compensation for BECCS developers through reverse auctions. In September 2021, 40 M€ annually for 2026-2040 was allocated towards BECCS contracts in the government’s budget proposal. In mid-November, the Swedish Energy Agency will present its proposal as to how the auctioning system shall be designed. The first reverse auction is to take place in 2022 and deliveries targeted, on a preliminary basis, to commence by 2026.

Reactions have been mixed. Swedenergy notes that the budget allocation is insufficient to reach the 2 MtCO2 milestone set for 2030, to keep Sweden on the pathway to achieve net-zero emissions in 2045. It is further noted that the possible size of BECCS contract will be limited, thus not allowing to capitalize on the economies of scale in carbon capture. The Finnish Climate Fund, which was launched in spring 2021, is also a potential source of finance for BECCS.

As already noted, the CO2 transport and storage infrastructure required for BECCS (which is the same as for CCS applied to fossil emissions) represents another major hurdle. Up-front costs are too high to be borne by a handful of BECCS projects and are particularly daunting for initial CO2 capture projects. In Norway, significant governmental support goes towards infrastructure for CO2 transport and storage and the realisation of full-scale capture of CO2, some of which biogenic.

To further scale up CDR, NET-RAPIDO recommends including CDR in market-based cooperation under Article 6 of the Paris Agreement and piloting high-quality voluntary market CDR transactions. To ensure environmental integrity, market-based approaches must be underpinned by robust monitoring and reporting methodologies and greenhouse gas accounting. Methodology development for CDR is currently underway, for example in the European Union and under the CCS+ initiative.

Nordic countries are ideally positioned to pilot a Nordic carbon market for negative emissions from BECCS. This would allow the Nordics to jointly pioneer a carbon price for CDR and develop and pilot methodological approaches and accounting consistent with Paris Agreement’s rules on accounting (Article 13) and international market-based cooperation (Article 6). A regional market could speed up the realization of the Nordic BECCS potential by connecting physical potentials in individual Nordic countries with a larger Nordic demand base and enabling BECCS implemented in one country to tap into support from public (or private) entities in other countries who may wish to “claim” the mitigation outcomes achieved with their support towards their own use (for example, towards net-zero targets).

The Nordic framework could also help to harness financing for CDR from the international voluntary carbon markets where an increasing number of corporates have a high willingness to pay for CDR-based mitigation outcomes (carbon credits) with high inherent permanence. A robust Nordic carbon market pilot for CDR would provide invaluable insights for the EU’s planned CDR certification scheme, and for CDR markets globally.

Using CDR from NETs to keep 1.5°C target within reach

Moving towards utilisation of the full BECCS potential in the Nordic region also raises questions related to trade-offs. Adding carbon capture to already existing biomass-fired combined heat and power plants would reduce their efficiency with respect to heat and/or power production. One could choose to assume managing the energy penalty simply by additional supply of biomass feedstock. However, multiple sectors will demand forest-based feedstock in a circular economy and trade-offs featuring climate vs other environmental objectives, such as mentioned in a related blog post by Michael Obersteiner, will need to be managed.

Such trade-offs may be mitigated through aggressive accompanying programmes for developing capture processes for carbon capture and demand-side energy efficiency programmes to reduce the demand for, e.g., district heat. There is no time to wait – learning-by-doing must start now.

At the same time, research has a huge task to inform policymakers of options and roadmaps that can combine the massive contributions of CDR from NETs that are needed to keep the 1.5-degree target within reach, while minimising any potential negative side-effects.