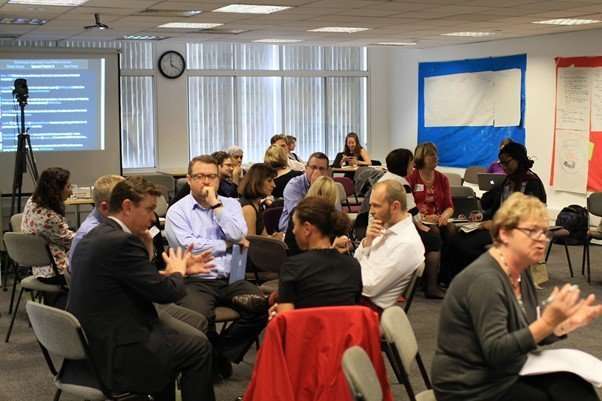 It’s not what you say about climate change, it’s how you say it…

Increasing discontent from many – embodied in the gilets jaunes protests in France and around the world – shows that the ambitious policies necessary to tackle the climate emergency require public support and approval to succeed. Governments hold back from introducing ambitious climates measures out of fear of a potential public backlash. Citizens’ assemblies are increasingly being held as a way to tackle the perceived disconnect between citizens and governments and bring legitimacy to climate change policies. Assemblies have been held in Ireland, France, and most recently in the UK.

These assemblies are often examined from a ‘deliberative democracy’ perspective, looking at how participants’ discussions and deliberations with people of different views influences how they feel about the subject and the policies that result. But an
important aspect of citizens’ assemblies has been left out: the role of the speakers who provide the basis for this discussion. In the case of the Irish Citizens’ Assembly on
climate change in 2017, for example, 21 speakers chosen for their diverse perspectives presented their proposals in front of participants. These speakers included both experts – scientists or policymakers – and non-experts, called to talk about their personal experiences in tackling climate change.

Climate change is a notoriously complex problem to explain, so these speakers may be especially important in helping citizens understand the issues at stake. Yet, while the proposed solution to climate scepticism or confusion has often been to provide people with more information, it’s increasingly clear that extra information may not be the
answer. Rather, clear and effective communication is now seen as key, as highlighted by Climate Outreach’s  2017 handbook for IPCC authors, providing six principles of effective communication for climate scientists.

Our study of speakers in the Irish Citizens’ Assembly, published in Climate Policy, backs this up. We find that being an effective communicator is always important:
speakers who not only provided a coherent message but also presented it clearly and accessibly – according to the IPCC guidelines – saw a higher proportion of their proposals taken up in the Assembly’s final recommendations. Surprisingly, though, we found different results for experts and non-experts. While expert speakers were successful when they presented a high number of different proposals, non-experts were successful when they focused on just a few key proposals.

What can explain this difference? The answer may lie in the different roles that experts and non-experts play. Scientists and policymakers draw upon their professional knowledge and can credibly present a broad range of points for participants to discuss, with similar proposals repeated by multiple experts. The credibility of non-expert speakers, however, relies on their own personal testimonial – so they should focus on a simple, unique message that reflects their story.

The good news is that both expert and non-expert witnesses have the power to
influence citizens’ opinions and contribute to meaningful discussion and policy recommendations in citizens’ assemblies. Improving communication style is vital for this, and represents low-hanging fruit compared to the myriad other factors that influence peoples’ opinions towards climate change. By including expert and non-expert speakers in climate change discussions, participants gain a meaningful knowledge of not only the scientific facts of climate change, but also its impact on their own lives. This can only have benefits for the legitimacy and acceptance of climate change policies.

Lala Muradova is a PhD Candidate at the Center for Political Science Research, KU Leuven, Belgium. Her main research interests include political opinion formation, and emotions.

Hayley Walker is a PhD researcher at the UC Louvain and KU Leuven in Belgium. Her work focuses on climate change negotiations and the role of presiding officers. She is also a Principal at the Centre for Multilateral Negotiations.

Francesca Colli is a substitute lecturer at the Leuven International and European Studies Institute, KU Leuven, and a Research Fellow at the Egmont Royal Institute for International Relations. Her work focuses on civil society and interest groups in the EU.