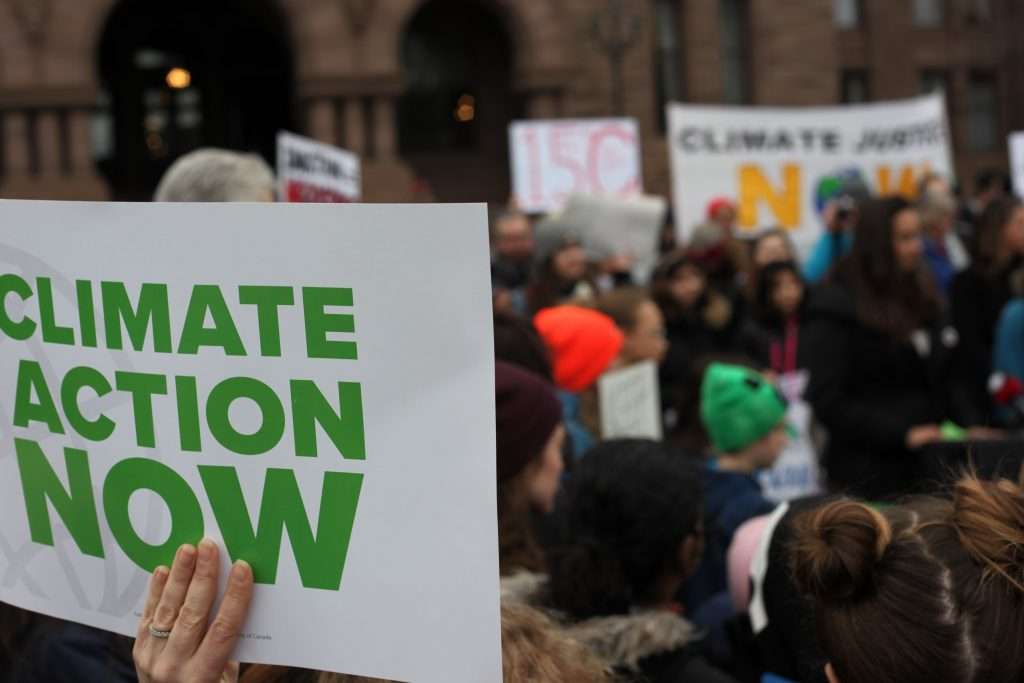 The window for tackling climate change is narrowing. Current national climate policies fall short of what’s needed to address climate change, putting the world on track for 3 degrees Celsius of warming by 2100, far beyond the Paris Agreement’s goal to keep temperature rise below 2 degrees Celsius, and pursue a 1.5 degrees Celsius limit. Recent reports highlight the urgency of acting immediately to avoid the financial and human costs and the significantly different futures associated with even small differences in global temperature rise.

Climate action by cities, regions, companies, investors, civil society, and other non-state actors could help bridge the ambition gap that governments leave. They could make their own contributions to and directly reduce greenhouse gas emissions. They could also galvanize greater ambition from national governments and experiment with new approaches in less risky and more flexible political environments.

National governments could support and harness this groundswell of climate action. Our paper for Climate Policy explores ways in which countries reference non-state actors in their Nationally Determined Contributions (NDCs) — roadmaps of national governments’ efforts to help deliver the Paris Agreement’s goals. We do this by applying Structural Topic Modelling (STM), a quantitative approach to identifying topics and trends in large amounts of text.

Non-state actors were most frequently mentioned in relation to vulnerability and adaptation (20 percent of all references), civil society collaboration (19 percent), and government and policy support (16 percent), followed by energy (13 percent) and monitoring and information sharing (12 percent). However, developing and developed countries see roles for non-state actors in different contexts. Developing countries’- especially “Least Developed Countries”- NDCs frequently refer to non-state action in relation to vulnerability and adaptation, for instance in confronting low income, weak human assets, and economic vulnerability. Developed countries, by contrast, more frequently discuss non-state actors in the context of monitoring, probably reflecting their political emphasis on more stringency in monitoring, reporting, and verification of greenhouse gas emissions. Moreover, mentions of non-state actors encompass many different levels of engagement. For instance, while some countries note that stakeholder consultations with local governments, civil society, and the private sector helped shape their NDCs, countries like Costa Rica and Morocco describe ongoing forums and institutions to support and facilitate exchanges with these actors.

Of course, NDCs are just one window into countries’ climate strategies and their interactions with non-state actors. Future research should track how references to non-state actors vary across different contexts and documents, and how NDCs’ descriptions of these actors evolve over time. For instance, the Paris Agreement includes a mechanism for countries to update their NDCs in five-year cycles, beginning, for some countries, in 2020. NSA efforts could send a positive signal to governments and other NSAs to ramp up efforts and to incentivize more non-state actions. Tracking if and how this occurs will shed light on the ways countries are engaging NSAs – and whether interactions between NSAs and governments will deliver meaningful responses to the climate crisis.

Angel Hsu is an Assistant Professor of Environmental Studies at Yale-NUS College.

Sander Chan is a senior researcher at the German Development Institute/Deutsches Institut für Entwicklungspolitik and an adjunct assistant professor at the Copernicus Institute for Sustainable Development at Utrecht University.

John Brandt is a research assistant at the Data-Driven Environmental Policy Lab.