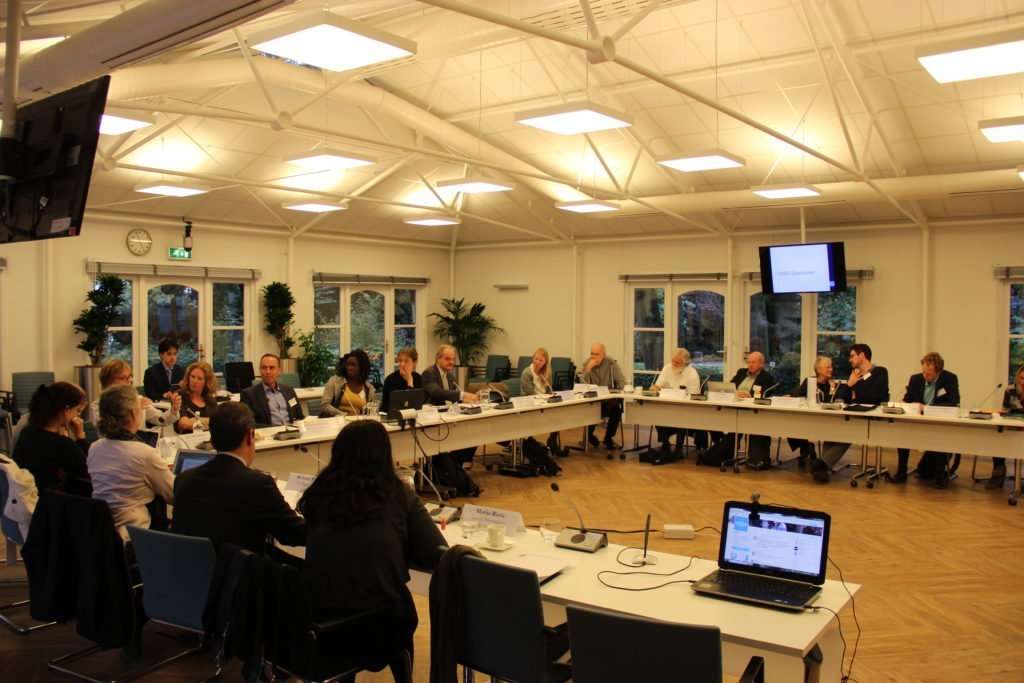 If you are interested in participating in future workshops for this project please email: info@climatestrategies.org

Despite international mobilization towards the Paris 2015 agreement, long-term mitigation and sufficient effort to address climate impacts will likely require significantly deeper collective action.  Conflicting views of justice, particularly regarding the role of historical responsibility in shaping country commitments, have consistently challenged climate negotiations and may intensify with increased climate impacts. This workshop looked beyond Paris to explore ways of managing the tension between historical responsibility and future-oriented climate action.  By broadening the climate policy conversation and including peacebuilding and transitional justice experts, this workshop explored which lessons can be learned from efforts in other policy regimes to facilitate past-oriented justice and historical responsibility, and future-oriented solidarity and collective action.

The event took place at The Hague Institute for Global Justice.

This  workshop was part of the Climate Strategies project, funded by the KR Foundation: Evaluating peace and reconciliation to address historical responsibility within international climate negotiations. 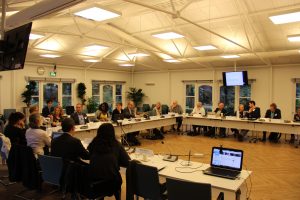 The first two sessions of the workshop were designed to allow the climate experts and peace communities to learn from each other. The initial session covered the central issues of strong mitigation needs; ongoing tensions about historical responsibility; and the issue of loss and damage. The second session heard about theories from the social psychology of justice and conflict and about the specific case of the Balkan peace process.

In the third session a “straw person” proposal for using a transitional justice framework in the climate context was presented. This proposal recognized that climate is an unusual venue for such an approach but suggested that it was potentially applicable for four key reasons; interdependence and stalemate that hurts both sides; limited capacity of the judiciary to resolve conflicts; deep disagreements about how much past actions (such as historical emissions) should translate into future action; and the potential to experience profound losses. 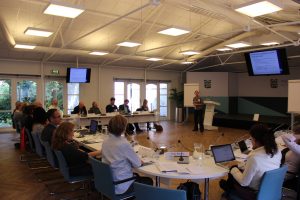 One central proposition was that many transitional justice arrangements feature an elastic relationship between addressing historical wrongs directly and creating the conditions for a genuinely new future. Those who have suffered injustices need to have these explicitly acknowledged and need to have a guarantee that there are sufficient structural changes that they will not again occur, while those who have responsibility for or have benefitted from the systems that allowed these injustices to develop likely need some degree of ‘safety’ to fully engage in negotiations. Emerging from this idea, the afternoon sessions explored two components. The first discussed the linked ideas of reparations and limited liability. This session asked whether these ideas were useful in the climate context, and if so, how they might be managed. The second session turned to the question of long-term structural change. If guarantees of structural change might be required to move through the stalemates about historical responsibility, what would these look like in the climate context? Much of this discussion revolved around ways in which technology and capacity building might be supported to enable long-term improvements in wellbeing in a carbon constrained world.

During the entire workshop ample room was left for discussion and a wide variety of opinions were heard. Some felt that instead of applying the principles of transitional justice, work instead should focus on the tools and processes they have used. Others suggested that this idea might be most usefully applied outside the UNFCCC through ongoing informal dialogues. In addition a number of discussions emerged around the potential of using this idea to inform specific elements of the ongoing climate negotiations including technology and capacity supports and loss and damage.

This initial scoping workshop was part of the project, funded by the KR Foundation “Evaluating peace and reconciliation to address historical responsibility within international climate negotiations”. The full discussions and outputs from this workshop will be used to identify a small sub-set of issues to be more narrowly discussed with climate experts in two subsequent workshops. These are currently being planned in Brussels and Bonn respectively. Interested potential participants are encouraged to contact Climate Strategies for further information on info@climatestrategies.org